Kevin grew up in Elk Grove and after graduating from Christian Brothers High School, Kevin made the decision to serve his country. He enlisted in the California Army National Guard and later, the United States Air Force.

After 14 years of service to the nation living in several countries abroad, Kevin was honorably discharged and returned to Elk Grove to start a small business with his wife: ISSE Services. As President & CEO, Kevin has led the cyber security company as it has grown in Elk Grove and Utah.

As a small business owner, Kevin understands the challenges Californians have getting a business started and making it profitable. As the Chair of the Elk Grove Chamber of Commerce, Kevin has actively advocated at the California Assembly and Senate to improve legislation for small businesses.

Active as a leader in the community, Kevin has served as an Elk Grove Planning Commissioner and president of the Rotary Club of Laguna Sunrise. Kevin also volunteers his time with charities and non-profits, including the Elk Grove Food Bank, and the Sacramento County Veterans Treatment Court, where he helps veterans through legal issues related to PTSD. For his service to Elk Grove, in 2018 Kevin was honored by the Elk Grove Chamber as the Citizen of the Year.

Kevin graduated from the Community College of the Air Force with an Associate in Applied Science in Munitions Systems Technology, and from the University of Phoenix with a BS and MBA in business.

Kevin has been married to his wife Angela for over 30 years, and together they have a son, Jeremy and a Labradoodle, Indie Freckles. 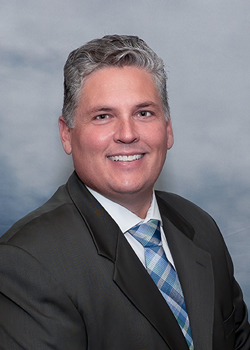