As the Executive Director for Asian Resources, Inc. (ARI), Stephanie Nguyen has dedicated her career to ensuring that the all communities have access to resources and have the adequate support that will get them one step closer to self-sufficiency. In an era of diminished resources, Stephanie thrives on expanding the possibilities for community development by emphasizing creative ways to use existing resources more effectively.

Prior to ARI, Stephanie was the Director of the Sacramento Asian Pacific Chamber (SACC) Foundation where she implemented programs that would help build and develop leadership skills for young Asian Pacific Islanders (API) understand their individual strengths. The goal was to increase the quality of young API leaders in the region.

Stephanie credits her life experiences from growing up in a low-income family household to her professional experience where she has built the drive and passion to continue to work in the community to bridge the gap between those less fortunate than her to resources that can help them become sufficient.

Stephanie's passion for the community includes serving in a leadership capacity for several organizations in Sacramento. Stephanie has served on the District Attorney’s Multi Cultural Council, California Exposition Cultural Advisory Council, OCA and the Pacific Rim Street Festival Foundation. She is currently on the Sheriffs Community Advisory Board, Vice Chair for the Council of Asian Pacific Islander Together for Advocacy and Leadership (CAPITAL), Advisor to the Full Circle Project and To’utupu’o e’out Felenite Association (TOFA) and a member of the Juvenile Justice Commission and Delinquency Prevention Council. 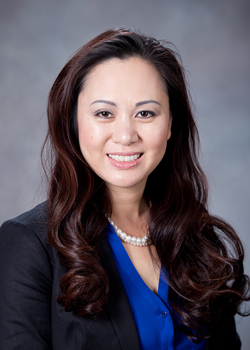