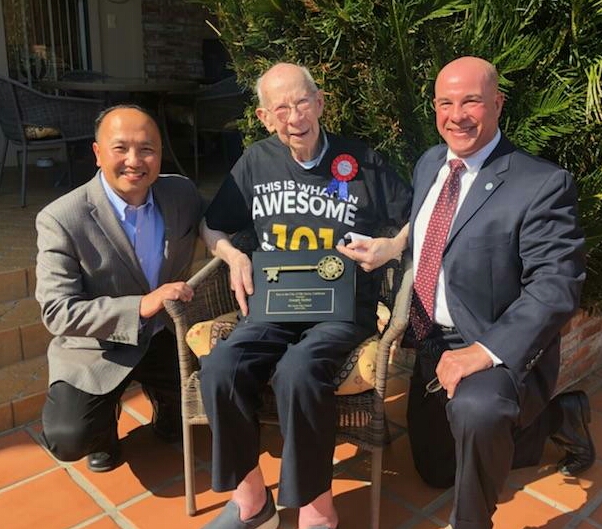 Joseph Sieber was born in Hoboken, New Jersey on March 8, 1917. He was inducted (his words) into the Air Corps in November, 1942. He attended basic training at Atlantic City, New Jersey. He was then assigned to welding school. Then to his first assignment at Walla Walla, Washington. From there he went to Rapid City, South Dakota, McCook, Nebraska, Casper, Wyoming, Mather Field, California, Hickman Field, Hawaii then on to Wake Island. He was discharged February, 1946. Joseph had met his wife Caroline while he was stationed at Mather Field Air Force Base in Sacramento. They were married after the war. She had two children. Joseph and Caroline had one child together. Between them they had 11 grandchildren, 25 great-grandchildren and 14 Great-great-grandchildren. Joseph currently lives in an independent living facility at Camden Springs on Sheldon Road, Elk Grove. He stills takes care of his own finances and bills.