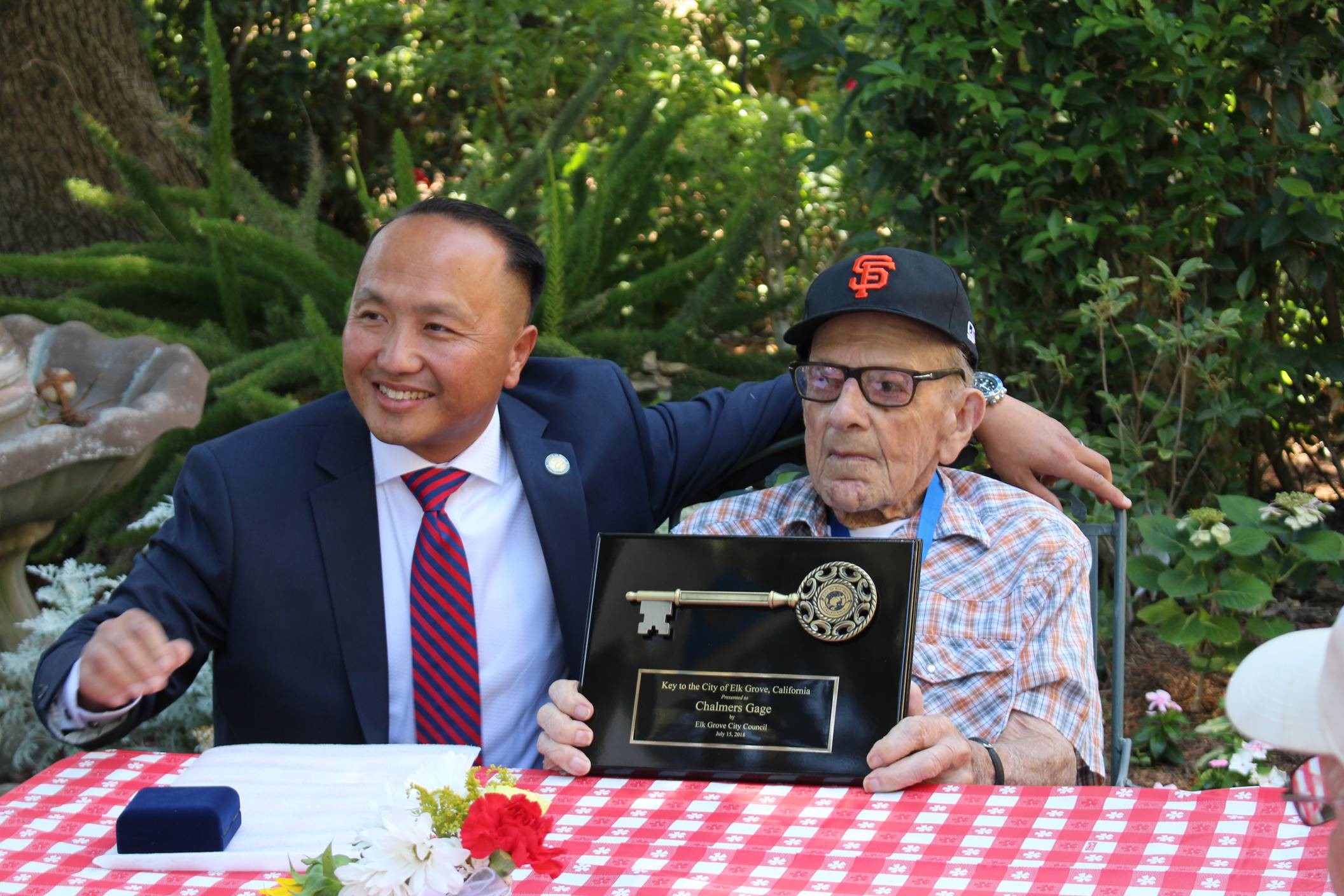 Chalmers Gage was born on July 15, 1918 and was one of the four children of Norman and Mattie Gage. He grew up on his family's dairy at Elk Grove-Florin and Bond roads, when those roads and many others in town were not yet paved. During his youth, Gage milked cows; fed hogs and chickens; and played various sports, including baseball, basketball and football. Gage attended Elk Grove Grammar School and Elk Grove High School. He graduated from the latter school in 1937. Two years later, Gage met Annabel Brady at one of his baseball games at a park in Sacramento. They were married on June 28, 1942 and would eventually have three children. During World II, Gage was exempted from military service due to being employed by Teichert Construction at McClellan Field. For three years after the war, Gage worked as a heavy equipment operator for C.V. Bartholomew and Son. Long before the days of the Cosumnes Community Services District Fire Department, Gage served as a volunteer firefighter for the Elk Grove Fire Department. He spent about 30 years in the role, and 10 additional years as a full-time, paid employee of the department. Sitting on a table at Gage's birthday celebration were his two fire captain's helmets, as well as various photographs and other memorabilia from his life. Another one of Gage's activities was exhibiting Ayrshire dairy cattle during the 1950s and 1960s. "We did 14 fairs a year, traveling mostly throughout California," Gage said. "We had to show against different herds and we made enough money to buy hay for the dairy." Gage sold the last of his dairy cows in 1973, the same year he began working part time cutting and bailing hay for Jim Boras' commercial hay business. He continued working for Boras until he was 90, and then spent two more years doing the same work for Oscar Romer. Gage currently enjoys meeting a group of his friends for coffee once a week and watching televised games of his favorite sports teams, such as the San Francisco Giants and the San Francisco 49ers.