May celebrates the contributions of Asian American and Pacific Islanders (AAPI) to our Nation. From being groundbreaking scientists and researchers, world renowned athletes, champions for communities, and defending our country from harm, members of the AAPI community have laid the foundation of American's history and are instrumental to its future success. Join the City in saying, there's no place for hate and celebrating the contributions of our AAPI neighbors, friends and family this month. 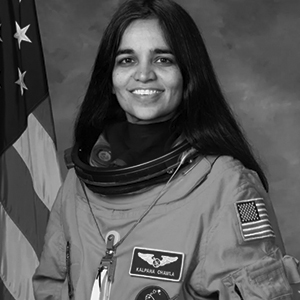 Born in Karnal, India, Chawla was the first Indian American woman in space in 1997. She logged 30 days, 14 hours, and 54 minutes in space as part of her two missions on the Space Shuttle Columbia. Unfortunately, she perished on February 1, 2003, with the Columbia crew as it was reentering the Earth's atmosphere after their successful mission. Chawla was posthumously awarded the Congressional Space Medal of Honor, and several streets, universities, and institutions have been named in her honor. 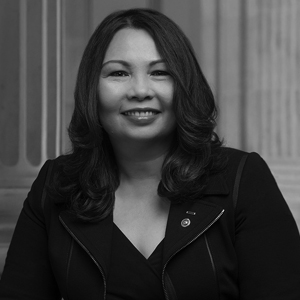 Is an Iraq war Veteran, Purple Heart recipient, a former Assistant Secretary of the U.S. Department of Veterans Affairs and Congresswoman. Educated at the University of Hawaii at Manoa and George Washington University, Senator Duckworth is fluent in Thai and Indonesian. She has the distinction of being one of the first woman to fly combat missions in Operation Iraqi Freedom. Sen. Duckworth lost both her legs, and partial use of her right arm, in November 2004 when the Blackhawk helicopter she was flying was hit by a rocket propelled grenade. In 2016, she was elected as a US Senator for the State of Illinois which she still represents. 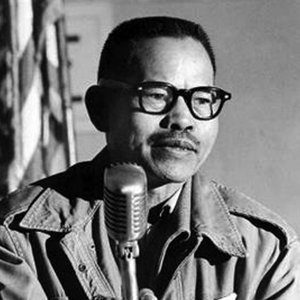 Itliong is described as one of the fathers of the West Coast labor movement along with Cesar Chavez. A native of Pangasinan Province in the Philippines, Itliong immigrated to the United States in 1929 and fought for the rights of farm workers and laborers most of his life. His efforts in supporting laborers led to significant concessions to the farm workers, including pay raises, health-care benefits, and safety protections from pesticides. 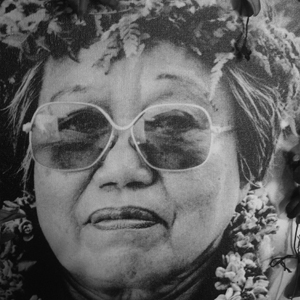 "Aunty Kau'i" is a revered Kumu Hula (teacher of hula) who used the art form to advocate and inspire Hawaiian culture. She is credited as part of a group that helped to revitalize the Hawaiian language (?Olelo Hawai?i) which had been outlawed from being spoken during the time of the missionaries and is now taught in schools throughout the islands. 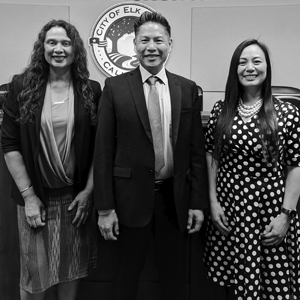 Elk Grove is one of the most culturally diverse cities in the nation which is reflected on our City Council.

Mayor Bobbie Singh-Allen was elected in 2020 after serving as a trustee for the Elk Grove Unified School District Board of Trustees. She is a native of India and has resided in Elk Grove for nearly 30 years where her community involvement, philanthropy, and leadership have benefited the community. Her contributions were recognized in 2015 when she was named "Woman of the Year" for Assembly District 9.

Vice Mayor Darren Suen's great grandparents settled in the Delta and the Vice Mayor was born and raised in the Greenhaven/Pocket area. A civil engineer with a master's degree in business administration, Darren has served on the City Council since 2014. He and his family have lived in Elk Grove for over 20 years and are active in the community.

As the Executive Director for Asian Resources, Councilmember Stephanie Nguyen has dedicated her career to ensuring that communities have access to resources. Her passion for helping others has led her to collaborate and volunteer with a variety of non-profits who have benefited from her leadership. On February 2, 2017, Councilmember Nguyen was unanimously appointed to serve on the Elk Grove City Council making her the first Asian woman to serve on the Council. She was elected for a full term in 2018. 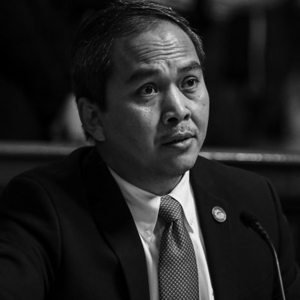 The Nation's first Cambodian American Mayor took office in January 2022 in Lowell, Massachusetts. Sokhary Chau arrived in the United States in 1981, fleeing the Khmer Rouge's rule in Cambodia. His mother kept her seven children alive in the Cambodian jungles after his father was killed by the Khmer Rouge in 1975 during the country's civil war. In taking office Chau said "As a proud Cambodian American, I am standing on the shoulders of many immigrants who came before me to build this city." 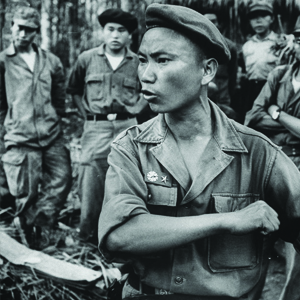 General Vang Pao of the Royal Lao Army was an influential military leader who was key to the Hmong community's beginnings in the United States. Numerous Hmong people emigrated to the U.S. in the late 1970s during the Vietnam War, fleeing the murders and imprisonments their people were facing in Laos. Many of the first wave of emigrants were part of General Pao's Secret Army, which was aligned with U.S. war efforts. General Pao remains respected among the Hmong people for his leadership and military accomplishments. California is home to the largest Hmong population in the United States with the highest number of Hmong in the Fresno metropolitan area and the second highest number in the Sacramento region. Within Sacramento County, Elk Grove maintains the second largest Hmong population. 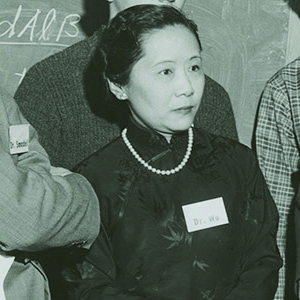 "The First Lady of Physics" was a pioneer of nuclear and particle physics. Born in China, Wu came to the U.S. in 1936 to attend college. Wu's work in nuclear and experimental physics revolutionized the field and broke ground for women in science. The U.S. Postal Service issued a stamp in her honor on February 11, 2021. She has also been recognized for her achievements and her encouragement of women in the sciences. 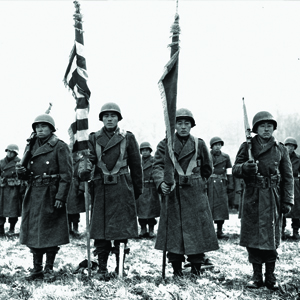 A U.S. Army infantry regiment during World War II, the unit was composed almost entirely of Americans of Japanese Ancestry. Organized on February 1, 1943, more than 12,000 Nisei (second generation Japanese Americans) volunteered to serve, some of them answering the call from internment camps where they had been relocated to. The 442nd's motto of "Go For Broke" resulted in their being the most decorated unit of its size in US military history to this day. The unit earned more than 18,000 awards in less than two years fighting across the European theatre. Those awards include more than 4,000 Purple Hearts, 4,000 Bronze Stars and twenty-one Medals of Honor. 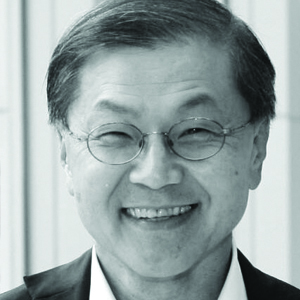 David Ho, M.D. immigrated to the United States in 1965 from Taiwan. A graduate of the California Institute of Technology and Harvard Medical School, Ho was one of the first scientists to isolate and identify the AIDS virus in 1982. Since then, he has dedicated his life to finding a cure. In 1996, Time Magazine named him as the "Man of the Year" saying "Ho is not, to be sure a household name. But some people make headlines, while others make history." Ho was awarded the Presidential Citizens Medal in 2001, one the highest honors a civilian can earn in the United States. 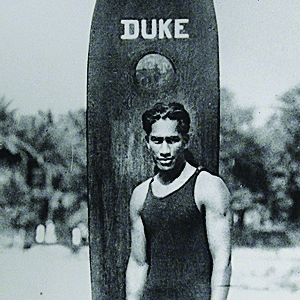 Known as "the father of surfing", Kahanamoku was born and raised in Honolulu around the ocean. His love of the water propelled him to be a five-time Olympic medalist in swimming, winning gold and silver medals in the 100 meter swim, as well as relay events. He is an inductee of the U.S. Olympic Hall of Fame, Swimming Hall of Fame, and the Surfing Hall of Fame. In addition to being a world-renowned athlete, Kahanamoku was featured in over 30 Hollywood films and was elected as the Sheriff of Honolulu 13 times. In 1960, he was appointed as Hawaii's Official Ambassador of Aloha spreading the message of goodwill, kindness and aloha to the world. 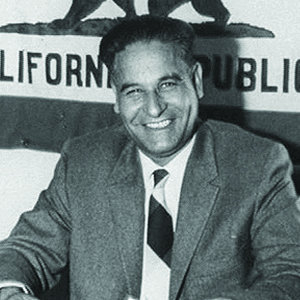 Sworn into Congress on January 3, 1957 from California's 29th District, Saund was the first Asian, Indian American, and first Sikh to be elected to the U.S. Congress. Born and raised in Punjab, India, Saund moved to the U.S. to attend U.C. Berkeley in 1920 earning a Ph.D. in mathematics. A champion of labor rights, Saund served three terms in the U.S. House of Representatives before a stroke left him unable to continue.